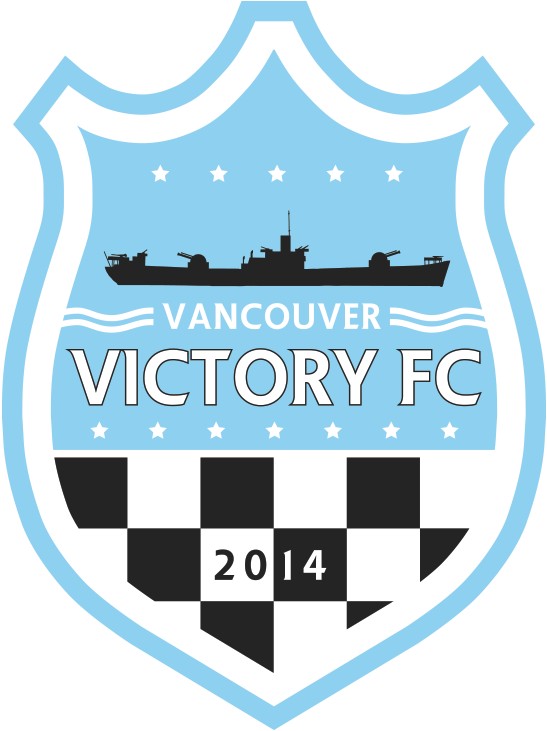 VANCOUVER, WA — Vancouver Victory FC have released their club crest as they prepare for their May 2014 debut in the Evergreen Premier League (EPLWA). The club’s official colors are Columbia Blue, White and Carbon (Black.) 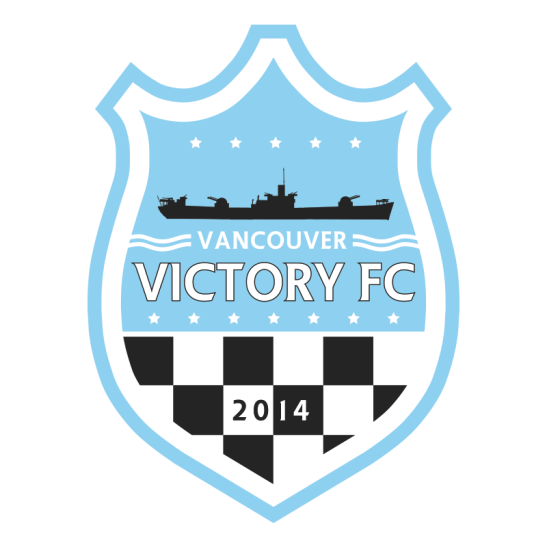 The logo features a shield shape with a Victory Ship. Just above and below the vessel are rows of five and seven stars, honoring the year 1857 when Vancouver was incorporated. The year of the club’s founding is placed at lower center, inside a checkered victory flag.

Victory Ships were built in Vancouver to aid the American effort in World War II. The Kaiser Shipyards produced 31 of the vessels, including assembling one of them in just five days.

The Vancouver Victory FC (V2FC) crest was designed by Jeremy Koering, Lead Designer and owner of Koer Creative of Vancouver.  Jeremy is also a member of the Northern Alliance, a Vancouver-based supporters group for the Portland Timbers of Major League Soccer. The NA are also building support for V2FC.  Jeremy and the club are in the process of finalizing the official team website and designing the Vancouver uniform concept.

“We are very proud of our logo and crest,” says team owner and founder Barrett Goddard. “It was a collaborative effort involving input from a dozen local people to come up with a concept that captures some of the rich history and pride of the area.” 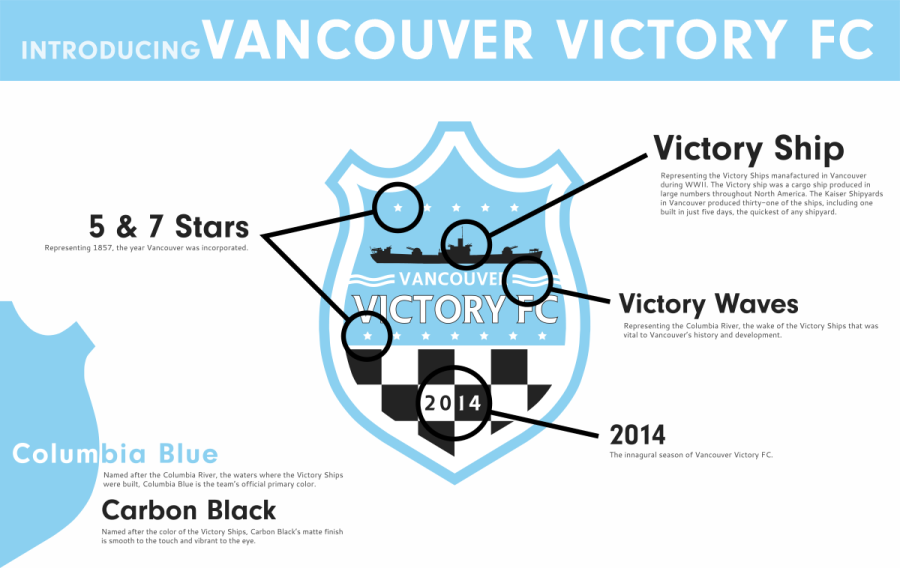 The club will stand out on the pitch with light blue uniforms.

“We are so excited about our colors, Columbia Blue, Carbon and White.  The lighter blue is a color that is unique to our club in the Clark County area and it represents in part the incredible blues we get from the Southwest Washington sky, Columbia River and Cascade Mountains at different times of the year here,” says Goddard.  “The carbon (military matte black) checked pattern is synonymous with the victory flag.”

“We hope the logo represents the area and our team.  We want it to instill pride in our community and our soccer fans. It is going to look great on our players when they take the field this summer and will be very distinctive for our fans as they don team merchandise in support of the club.”

“The logo and team colors represent the quality of thought and execution regarding team goals and objectives. This logo is indicative of the quality that V2FC will bring to the community on and off of the pitch.”

About Vancouver Victory FC
The Victory were announced as the eighth member of the Evergreen Premier League (EPLWA) in August of 2013. Since then the club has established a color scheme of light blue, black and white, and it’s coaching staff of head coach Biniam Afenegus  and assistants Filimon Afenegus  and Sean Janson.

About the EPLWA
The Evergreen Premier League is an elite adult men’s soccer league for college and post-college age players to feature their skills on hometown clubs throughout the state of Washington. The league’s mission is to cultivate “football club” culture while providing opportunities for coaches, owners, supporters, players and towns to enjoy the sport and all of the community-building it can bring. The EPLWA is affiliated with the Washington State Adult Soccer Association, the United States Adult Soccer Association, US Soccer and FIFA. 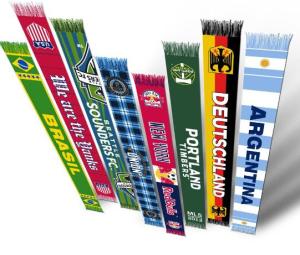