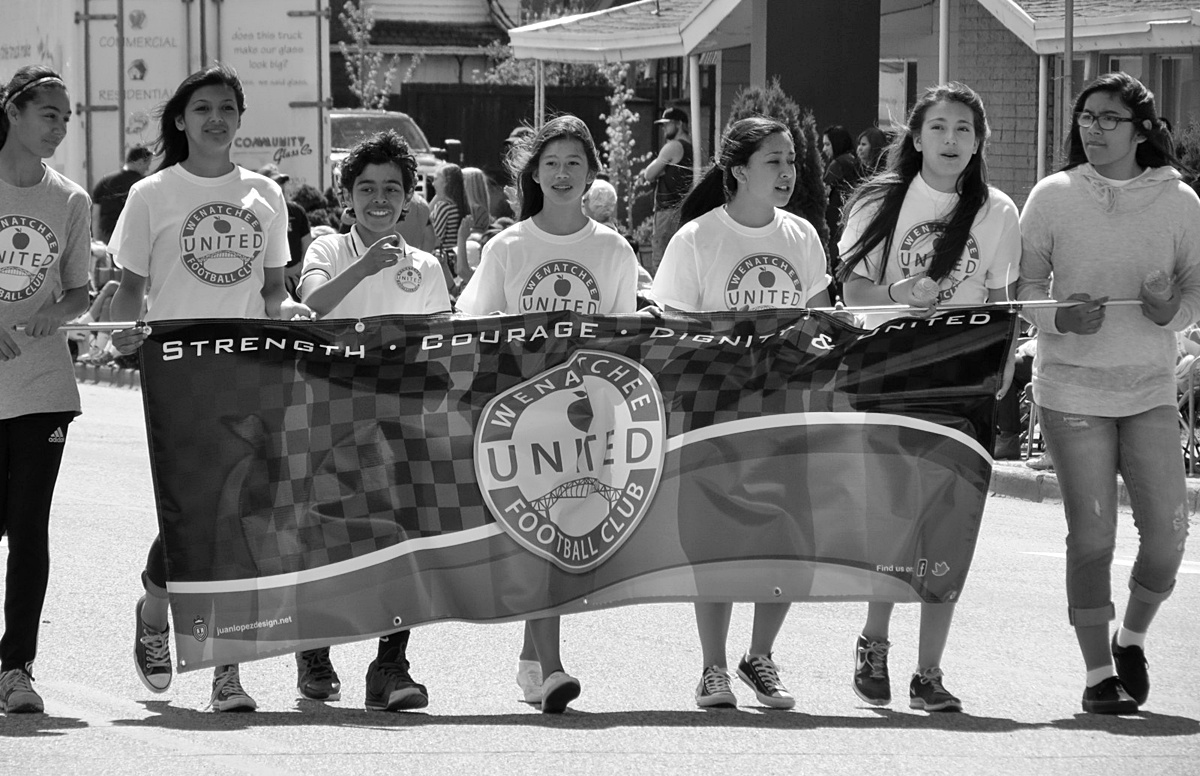 Like most of the people already in the stadium for the Wenatchee United home opener and league debut, I scrambled for cover as the skies opened up and dumped buckets on the Valley. I ended up under the tent for the Wenatchee Fire youth club. As the deluge rocked the awning I looked around at the Fire display, and the green grass pitch in the distance. Elite men’s outdoor soccer had arrived in Wenatchee, and even a wet beginning was still a great one. 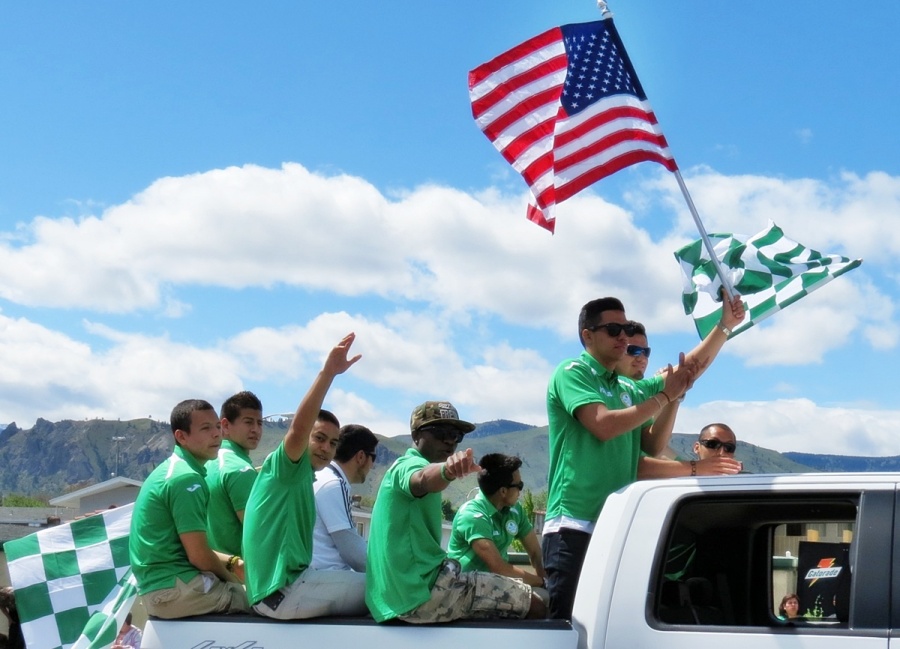 The day before I stood along the route of the Washington State Apple Blossom Grand Parade and snapped photos as players from Wenatchee United FC rode by in the backs of two pick-up trucks, wearing club colors, waving checkered green and white flags along with America’s stars and stripes. This was just the sort of scene those of us who started the Evergreen Premier League had dreamed of. Local players, local club, engaging in local culture. United players waved, smiled, were cheered on, had a great time. 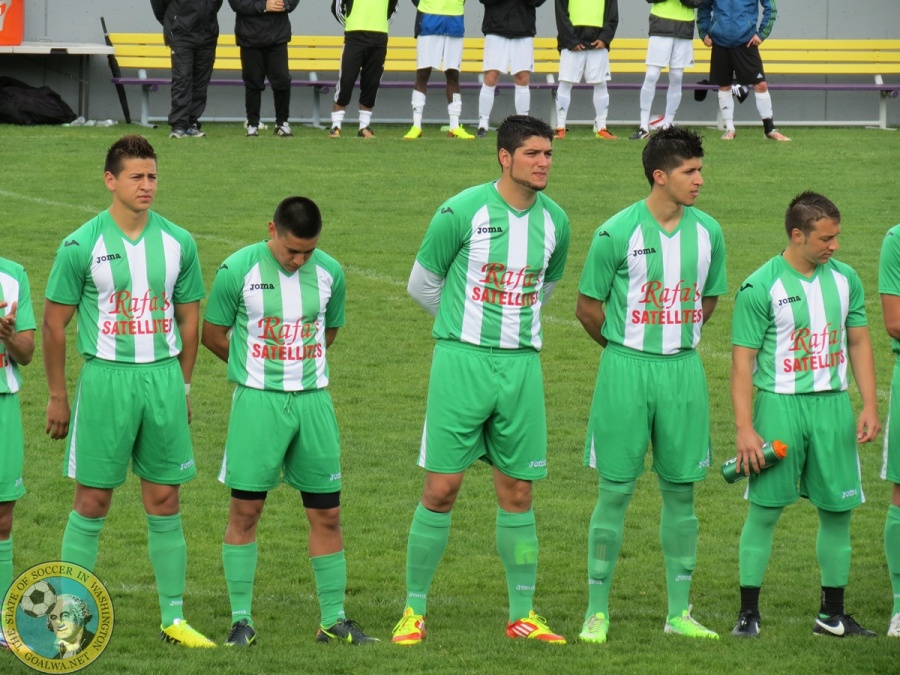 Back to match day. The rain eventually subsided and soon enough Wenatchee’s boys took the pitch in their stylish Joma kits featuring green shorts and green and white paneled shirts. Just two minutes in a guy who had traveled all the way from Brazil for the love of the game scored, and the home team was up and delirious. The Bridge Mafia, which had just entered the Apple Bowl after marching across the George Sellar Bridge from East Wenatchee, went crazy with a dozen or more flags. Soon people they didn’t know before the match were asking to borrow and wave the WUFC colors.

Before the match The Wenatchee World had featured the local club in a front page of sports story. After the match they did the same, with a second column addressing the club’s play in their opener.

It’s impossible to fully explain the thoughts and feelings as our clubs roll out their teams and play their home debuts. There have been questions about the need for a league like ours, where “local” could actually be spelled in all capital letters: L-O-C-A-L. Many of those questions seem to have early answers. Yes, we have good soccer talent in our towns. Yes, fans will turn out to see them play. Yes, communities seem ready to share their cultures with the clubs, and the clubs with their communities. Yes, there can be a “match day” in Wenatchee. And Vancouver. And Spokane. And Yakima. And Silverdale. And Lakewood. And Bellingham. And even more in Tukwila.

Something special has begun. The Evergreen Premier League is here. Players are already giving their all for their badges, for their hometowns, for each other. Supporters are already making banners, waving flags, showing up in numbers.

Just think, we get to do this again and again across our great state until the season concludes in late July. 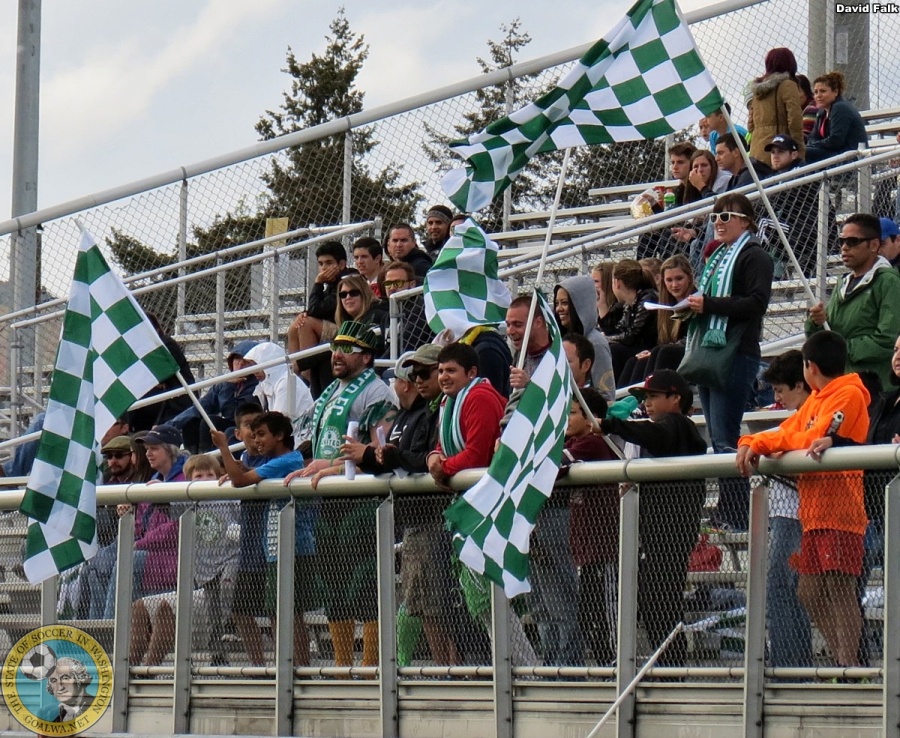