BELLINGHAM, WA—(Shadow release) The Spokane Shadow pushed their unbeaten streak to six with a 2-0 victory on the road against Bellingham Sunday afternoon courtesy of a pair of goals set up by Mike Ramos. The victory keeps the Shadow in the hunt for the league title with first-place South Sound visiting Spokane next Saturday, June 21 at Spokane Falls CC Stadium at 7:00 pm.

The Shadow, still undefeated on the road (4-0-1), are 5-2-1 on the Evergreen Premier League campaign and are now tied with the Hammers on 16 points, trailing South Sound by three and Vancouver, narrow 3-2 winners over visiting last-place Seattle Sunday, by two points.

The Shadow took the lead in the 29th minute when Ramos (Seattle U / University HS) noticed the back line was dropping deep in the box and he played the ball across to Colin Shockman (Whitworth / Mead HS) for the finish. The goal was a rarity for Shockman who has not scored in his three seasons as a defender for the Pirates. 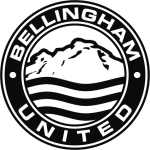 “The ball popped out to me out of a scrum, and I played into the space for our center forward to do work,” said Ramos after the win. “Timmy made us proud and sealed the victory. On both plays I could have gone on myself but it wasn’t my time to be selfish.”

“It was a great win!” he added. “Unbeaten on the road coming home for the biggest game of the season against South Sound.”

Andrew Glaeser recorded the clean sheet in goal for the Shadow, the only team with three shutouts in the EPLWA this season.

“I’m proud of the guys. Today was our best defensive effort of the season,” said Head Coach Chad Brown. “I’m not sure Bellingham had a clean shot or cross in the 90-plus minutes we played.

“It was a complete team effort. The guys stayed composed and worked for each other,” he added. “The fans were tough on the guys, which makes the environment hard when you have unruly fans trying to get in your head.”

NEXT GAME – Saturday, June 21 @ Spokane Falls CC Stadium
The Shadow play host to 6-0-1 South Sound FC. Spokane is the only team that the Shock have dropped points to this season with the two sides playing to a 1-1 draw in Tacoma earlier this season. Kickoff is at 7:00 pm with family-friendly tailgating beginning at 5:00 pm.

Spokane Shadow 2-0 Bellingham United
SPO: Colin Shockman (Mike Ramos) 29
SPO: Timmy Mueller (Mike Ramos) 90+
The following partners and sponsors are crucial to growing the Evergreen Premier League. Please visit their websites! Want to connect with the EPLWA or one of our clubs? Contact us at: EPLWA2014@gmail.com.