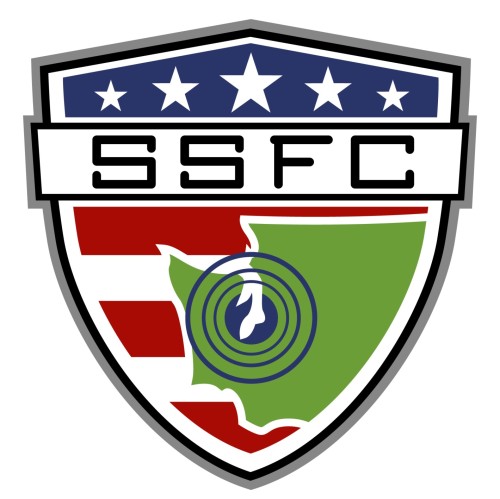 TUKWILA, WA— Nearly 600 miles. Two matches. One goal. It’s not a recipe for success, but the South Sound Shock have ended up right where they began the weekend. In first place. 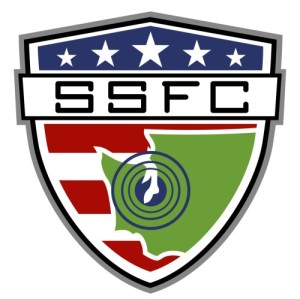 Scotty Hanson scored the lone goal in the 88th minute on Sunday night June 22 as South Sound FC Shock battled to a 1-0 win over Seattle Stars FC at Starfire Sports Stadium in Tukwila. It was the club’s seventh win in nine matches.

On Saturday morning the Shock left Tacoma for a big match against title chasers Spokane Shadow. The five-hour drive ended in a 1-0 loss that dropped South Sound to second place in the table. It was their first loss of the season.

Rebounding proved a challenge against the stubborn Stars, who were deemed by this very website as the “unluckiest” club in the league. Unfortunately for Seattle the label applies again as once more they played even on the scoreboard only to fall in the very late stages.

“It was a very physical game, both sides were committing a lot of fouls and playing hard but it was a sloppy game,” says South Sound Owner John Crouch. We were very tired from the trip to Spokane and the physical game we had played the night before. Mentally and physically not at the top of our game, we did not find our creative possession game that we usually employ very easily against the Stars. They brought a great game to us and also made some substitutions in the second half that had them buzzing. We had a few good chances to score in the first half and a bunch in the second half but either couldn’t get the shot off or couldn’t get the ball on frame.”

South Sound has the best defense in the EPLWA. They have only given up six goals in nine matches. Seattle’s defense might be a bit underrated. They did not give up the winner easily.

“JC Henson banged a ball that was saved and knocked out to around the 6 yard box where Scotty Hanson found the ball and cracked it into the net,” Crouch describes the South Sound goal. “There was a huge meltdown on whether or not he was offside coming from the Seattle Stars, but when explained by the referees, Scotty was able to regain legal positioning before the ball leaked to his feet and he slotted it away.”

The Shock’s 7-1-1 record and 22 points are enough to lead Vancouver (21) and Spokane (19). The Stars continue to battle and show that this league is tough, top to bottom. They aren’t getting the breaks though, and they slip to 1-7-1 with just 4 standings points.

“I’d call that the weekend of death,” Crouch concludes. “Our entire team was exhausted and our legs were extremely heavy from riding in the car to Spokane, and then we faced what we believe to be the best opponent we’ve seen in the EPLWA. Spokane was physical, very talented and they are definitely finding their form. We did the best we could along the way to take care of our legs and be ready, including a full warm-up stretch period half way through the drive and also a break along the way to watch the Ghana-Germany game. I’m not sure what is worse, playing 90 minutes or 9 hours in a car for a soccer player…but the combination doesn’t make for anything we ever want to see again.

“Finding strength to play again last night was tough for our guys as they were battered from the drive and the game the night before. We were missing a few starters and we had a hard time finding our way. Overall, we need to get back together as a team, splitting up to go to nationals and then to  take care of EPLWA after a weekend off left us a little disconnected. We will look to get back into form this week as we have a huge game on Saturday against Yakima.”

This week South Sound hosts Yakima United at 7 PM on Saturday June 28 at Harry Lang Stadium. The Stars will host Wenatchee United on Sunday June 29 at 7 PM at Starfire.