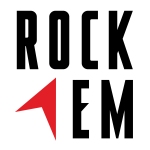 And then there were none. Unbeaten teams, that is. A thrilling weekend of action in the Evergreen Premier League saw stellar play from top to bottom, but it was at the top that many focused their attention. Previously unbeaten Vancouver and South Sound both traveled east of the mountains, and both returned having felt the sting of their first losses of 2015. The Spokane Shadow and Wenatchee FC were the clubs to deliver those defeats, and they are the sides who are represented in this week’s EPLWA Rock’em Socks Players of the Week.

Offense: Karl Muelheims is a Spokane soccer guy all the way. He graduated from St. George’s as the Dragon’s all-time leading scorer. He’s now attending Whitworth University. His summer action is with the highest-level local club, the Spokane Shadow. On Saturday night June 13 Karl and the Shadow took down the South Sound Shock 4-3 to deliver them their first loss of the season. It was a bit of a surprise that seven goals were scored, considering that the two clubs played to the EPLWA’s first-ever nil-nil draw a week earlier. “To be honest, I thought the game would be a lot like last weekend where it was gonna be a low scoring game so when the second goal went in I thought we had the game,” Muelheims said in the club’s match report. The first two goals went in thanks to Muelheim, who became the just second player this year to score twice against the Shock. Eventually the match evolved into a classic high-scoring battle.

More than 100 minutes of soccer were played by the two contenders before Muelheim broke through with the first goal of the 2015 series between the sides. Then he repeated the feat 15 short minutes later.

Muelheims scored the first of two on the night in the 12th minute when a series of quick passes up the right side sent Chance Bukoski streaking up the touchline.  As he neared the final third he saw Muelheims in the middle and Zach Hamer (Gonzaga U / Mead) to the left and sent the ball into the area. The ball fell into an open area in the box, drawing out South Sound goalkeeper Chris Kintz, but Muelheims beat him to the ball, knocking it inside the left side of the goal.

In the 27th minute, Muelheims doubled the lead on another great play from Bukoski who flew up the right side chasing down the ball. Once he got to it, he rounded his defender and sent a low square ball into the area that Muelheims ran onto and one-timed past Kintz from about 13 yards. 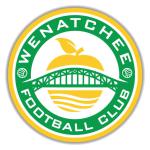 Defense: Mauricio Sanchez is used to keeping calm in hectic situations. The founder of Clean Sheet Goalkeeping has seen lots of action indoors and outdoors in his career in elite adult soccer in Washington. The East Wenatchee native went to Eastmont High School before heading across the mountains to play college soccer at Evergreen State in Olympia. On Saturday night June 13 in his hometown Mauricio could finally lift his arms in victory and allow the moment to sink in. The biggest win in the short life of Wenatchee FC had just ended. The final score was 1-0 for the Capitals over previously unbeaten Vancouver Victory FC.

“It’s a young and very talented group coming together and fine tuning all areas of our game as the season progresses,” Sanchez said the next day after the match. “We knew the type of opponent we had in front of us and what it would take to get the result. We executed well and played according to plan the entire 90 minutes.”

Earlier the Victory had posted a 4-1 win over Wenatchee down in Vancouver. V2FC came into the match at 7-0-0 in EPLWA play. They had scored at least three goals in every match and were coming off of a 6-1 drubbing of the Stars in Seattle. Sanchez and the Wenatchee defense closed them down, improving to 5-4-0 on the season and holding on to third place in the table for a second straight week.

Sanchez made several important saves and kept his defenders organized even as the match went deep into stoppage time. Then the final whistle blew, signalling the end of the match, and the arrival of his home town team’s status as contenders in the EPLWA.