The top of the table was reminded of the parity of the Evergreen Premier League last weekend as special performances led Bellingham United and Olympic Force to memorable results that boosted those sides and also changed the course of the race for the league title.

A former Player of the Year and a guy on loan were front and center as July 12 Players of the Week. 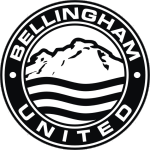 Offense – Kyle Witzel and his Bellingham United Hammers showed no quit on Saturday July 11 at South Sound FC. Twice the Hammers went down by a goal, and twice in the dying moments of each half Witzel rescued his team. The resulting 2-2 draw gave BUFC their first point in a long, challenging season. It also hurt the South Sound chances at a title.

“Kyle has been a part of Bellingham United since last summer when he joined following his Sedro Woolley High School season,” says BUFC Head Coach Lance Calloway. “This spring he started with BUFC once he was done with Saint Martin’s University after their spring season.”

Witzel was named the Skagit Valley Herald Player of the Year in both 2013 and 2014.

“Kyle had a strong game overall Saturday,” Calloway says. “In the first half his equalizer to bring us even 1-1 in extra time was a great individual effort. Kyle took the ball all the away across from the right side of the box to the left side of the arch then shot it to the lower inside of the left post just pass the South Sound keeper. Great to equalize 2-plus minutes after they scored and then head into the locker room.”

South Sound would reclaim the lead in the 81st minute. Again in added time Witzel would rescue the Hammers.

“The second goal Kyle scored, which was an extra time in the second half, was of great composure on his part,” recalls Calloway, “when a dead ball was played into him by Carlos Badillo from 40 yards out and Kyle settled the ball about 15 yards out on his chest between two central defenders and brought it down to his feet. He struck with his left foot to the right corner of the net. I was just amazed at the composure he showed to bring that ball down and place it into the net.”

The whistle blew seconds later with a gasp of relief as Bellingham had stopped a 10-match drought in 2015. A single point, but so much more.

“I was extremely pleased to see the quality result Saturday against one of the top teams in our league, for our players,” says Calloway. “While the results have not come this year for our squad that we all expected or hoped for, the guys have played quality soccer. It was great to see a quality played match and this squad to continue to press until the very end which they have done all season regardless of the scoreline.”

Defense – Zach Hansen of the Olympic Force was key for his club on both ends of the pitch on Sunday July 12 as they beat Vancouver Victory FC 1-0 in Vancouver. Hansen highlighted a strong defensive team effort for Olympic’s first-ever shutout. Meanwhile, one of his runs forward provided the assist for the winning Force goal.

His University of Fraser Valley (“Cascades”) bio lists Zach’s home town as Chilliwack, BC. He came to the Olympic Force on loan from the Kitsap Pumas. Nothing like making the most of playing time in a new setting.

Force head coach Kevin Skinner has steered his squad to a fine second half of the season. Hansen is the second straight weekly award for a Force player. Last time it was offense (Demombynes), this time it is all about putting up the stop sign.

“I thought our whole back line was fantastic this weekend,” Skinner says, “but my standout would be Zack Hansen. He had to deal with a lot of the Victory attacks down his side and won 17 out of 19 attempted tackles.”

Hansen was a two-way “force.” “He was a rock, not only was he winning the ball a ton but he successfully kept possession of it allowing us to constantly mount counter attacks,” says Skinner, “one ending in a great interception which he then carried for 15 yards before putting in a fantastic cross to assist for our goal (Leo Potts).”

The win gives Olympic a real shot at finishing fourth in the table. Quite a turn-around to a 1-5-0 start. Hansen made it happen on Sunday, helping knock Vancouver out of contention for the title along the way.

“Zach won every thing in the air and made several great blocks. I think he has improved with every minute for us and I would describe his performance as immense this weekend,” lauds Skinner.