Eleazar Galvan led the Evergreen Premier League in goals most of the season. Chris Kintz had a second straight stellar season in goal. Today both players are honored with post-season awards. 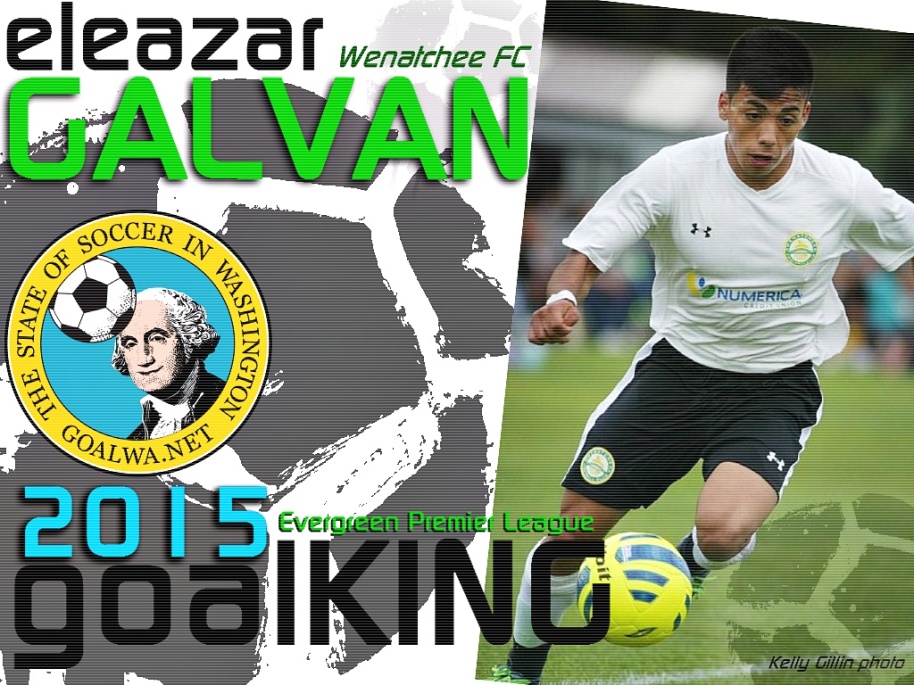 Wenatchee FC couldn’t ask for a better local hero than Eleazar Galvan.  He’s from Chelan where he led the CHS Goats to a state title. For a second summer he suited up for the Capitals in the Evergreen Premier League. In 2014 he served notice that he was a player to watch when he led the club with 7 goals. That was good enough for a 4th place tie in the overall scoring records for that season. In 2015 Galvan moved to the head of the class by scoring 11 goals, including two hat tricks and two Offensive Player of the Week honors.

“Eleazar truly earned this honor,” says goalWA.net website founder David Falk. “Of course he scored the most goals, but it is important to note that Eleazar also was a unifying force for the club and his soccer community. He put the crest of Wenatchee FC above his personal stats and led by example to show what soccer can be in the Valley. Hopefully the younger generation in Wenatchee paid attention, because Galvan is the prototype player for making Wenatchee FC a success. Not only that, but he’s exactly the reason why websites like goalWA.net exist: to highlight and celebrate the best in Washington.”

Along with scoring 11 goals for the Capitals Eleazar also bolstered the South Sound U-23’s at USASA nationals where his 2 goals and 3 assists were part of that club’s winning the national championship. What a summer for this year’s goalWA.net goalKING! (See complete goal stats for 2015 here.) 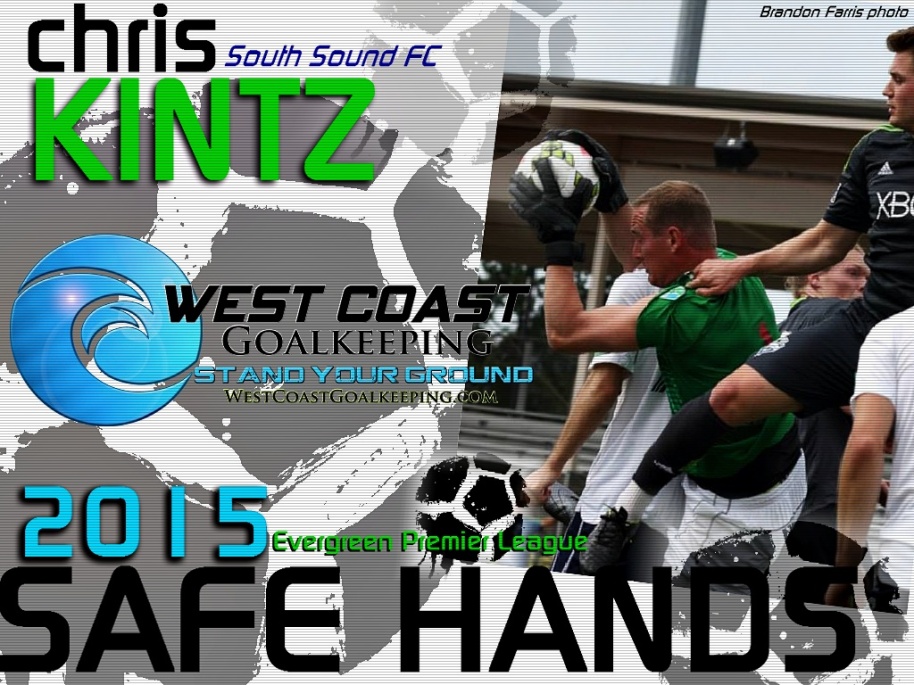 South Sound FC has been in “Safe Hands” for years with the presence of Chris Kintz in goal. He was very good in 2014 and rises above his peers in 2015. Not that it wasn’t close – Mauricio Sanchez was also a “work horse” in goal for Wenatchee FC. Both keepers earned three shutouts. However Kintz had a better goals against average (1.3 to Sanchez’ 1.8) and better winning percentage (7-1-4 to Sanchez’ 5-4-3.)
“West Coast Goalkeeping is proud to be a part of the EPLWA,” says WCGK President Shawn Norris.  “The EPLWA is very important to our region as it helps to grow soccer within our Northwest at a very high level.  The league provides both great entertainment for fans and local communities along with an avenue for those high-performing athletes remain within the game that otherwise may not exist.”

Norris has been watching the league’s goalkeepers all season. “We are happy to have South Sound FC Goalkeeper Chris Kintz as the 2015 WestCoastGoalkeeping.com EPLWA Safe Hands Award Winner.  It was a very close race this year between Chris Kintz and Mauricio Sanchez of Wenatchee FC,” he says.

“The EPLWA provided a great outlet for West Coast Goalkeeping to work with teams and goalkeepers to test new products that aren’t on the market yet.  The gloves that the EPLWA Goalkeepers wore are identical to those worn by MLS Players.  This season West Coast Goalkeeping was delighted to be able to partner with several teams to test upcoming products that will be available in 2016.  Having such quality goalkeepers, as well as their location made it an ideal setting for us to test our product.” (See complete goalkeeping stats for 2015 here.)

There were many goalkeepers of note in the league this year, despite another season with plenty of scoring. The Spokane Shadow used Jeff Srock and Tony Watters to great effect. Scott Barnum kept Seattle close in their matches. Olympic’s Guilherme Atanes had two shut outs late in the season.