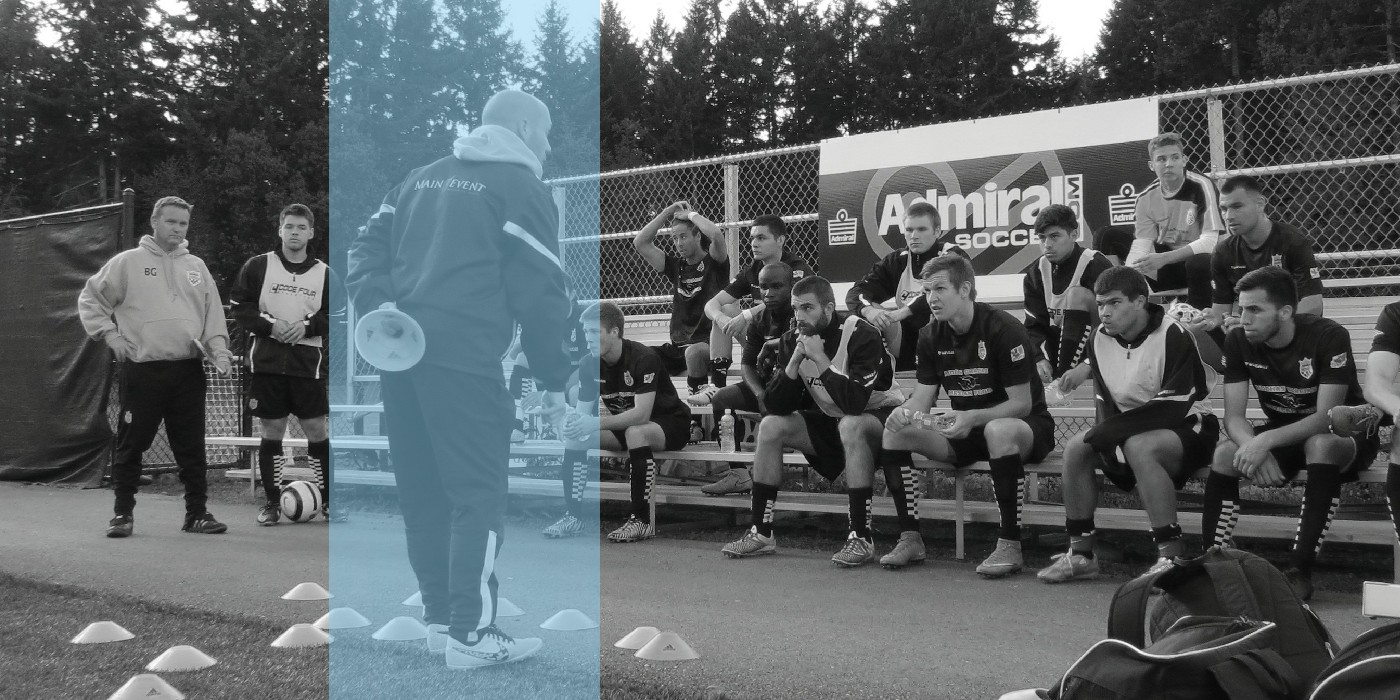 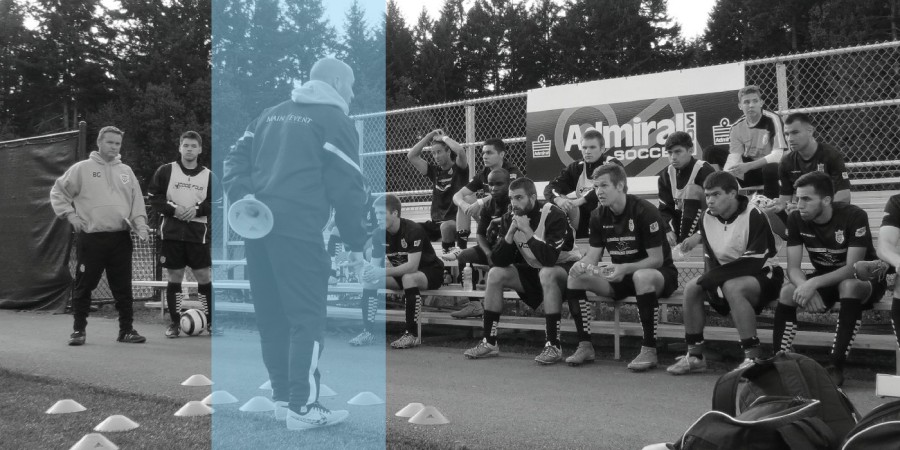 VANCOUVER, WA— Aaron Lewis grabbed a handful of mini traffic cones and laid them on the pitch. His players looked on intently as another halftime soccer “lesson” from their head coach got underway.

That’s what guys sign up for when they join Vancouver Victory FC of the Evergreen Premier League. They get summer competition, a chance at a title, and teaching and guidance from Lewis, who coaches the Corban University Men the rest of the year.

The Summer of 2016 was a special one for the Victory and Lewis. They sprinted out to a big lead and then finished the job to win their first Evergreen Premier League trophy.

Looking back at the season, Lewis says, “Our technical skills were solid and our team was able to control the flow of games through substantial possession.” Lewis taught both sides of the ball, and his “students” listened. “They recognized that the defensive transitions were important to not only limit our opponents chances, but to also wear them out through the matches.”

Lewis has been with the Victory for two seasons now. Preparations for the summer are always in the back of his mind. “We look for the best young soccer players that are motivated to develop their skills for additional opportunities,” Aaron says. He also tries to measure commitment. “Because we have no leverage over these players (scholarships/contracts) we seek out players that are hungry to work towards hard mastering their craft. The growth mentality that our players have, build lasting competitive/committed cultures throughout the summer.”

The Evergreen Premier League leaves little room for error. Three months, fourteen matches. By the time you get acquainted as a club, your season is practically done. “There are good teams throughout our league and those quality coaches and players pose the greatest challenge. In addition to solid competition, creating continuity within a group of players that you assemble in limited time is difficult to do.”

Lewis crosses the border into Washington to coach the Victory. His local soccer roots are in Timber country. “I worked full time for the Timbers from 2010-2013 and had a few different roles within the soccer operations department. I enjoyed helping manage the U-23s program there, mainly focusing on the business and logistical sides of the program. I also was charged to work soccer specific projects for our first team that ranged from player relations to women’s program development.”

His college job with Corban University at the head coach level began in 2013. He joined the Victory in 2015. Right away Aaron was successful at Corban, echoing his time there as an elite soccer student-athlete. Lewis was inducted as part of the first-ever Warrior Hall of Fame Class in 2010. During his time at Corban (Western Baptist), he helped the program secure four-straight CCC Titles in 1995-1998 and was named the CCC Player of the Year in both 1996 and 1998. Lewis also earned three All-CCC 1st Team honors (1995, 1996, & 1998), while helping lead the Warriors to the 1996 National Christian Collegiate Athletic Association (NCCAA) National Championship.

Lewis was the first player in program, and NAIA history, to be drafted into Major League Soccer when the Dallas Burn (FC Dallas) selected him with the 35th overall selection in the 1999 College Draft. After his time in Dallas, Lewis played professionally indoors for the Portland Pythons of the World Indoor Soccer League.

Aaron uses his years of connections at Corban  with the Victory. “Connections in the soccer world are always beneficial and can help with scheduling, recruiting and overall program awareness,” he says. “I believe that the Corban/Victory connection helps both programs in those areas, and it is enjoyable for me to see people from both organizations doing well now.”

Lewis was brought to the Victory by owner and General Manager Barrett Goddard. The Goddard family can be seen at most Victory home and away matches. They help with match day operations, club promotions, and community relations. “Unbelievable,” says Lewis of the Goddard’s dedication to soccer, their players, and their club.

“The Goddard family loves soccer and loves their community. Their passion is received by many through their generous financial and time commitments. The Goddard family also understands that the primary value in this situation is the relationships created along the way, and they do a fantastic job seeking ways to connect and honor people.”

The Evergreen Premier League has just completed its third season of play. It’s a newborn in the world of soccer, just learning to walk even as the ball is being kicked around the state of Washington. Lewis likes what he sees so far, and envisions a distinct future.

“EPLWA is a very solid Summer League. I believe that the top teams in the EPLWA are PDL-quality sides (Premier Development League.) I think that it can help provide momentum for players heading into collegiate seasons that we hope can translate into successful falls.”

The proof is in the results. So far, so good for the league and Vancouver. “We have already seen a couple guys from our league get bigger opportunities to play professionally and I anticipate those chances to continue to come. I hope that the league can get an (automatic) US Open cup berth down the line and that opportunity may provide us a chance to show our level to other leagues around the country.”