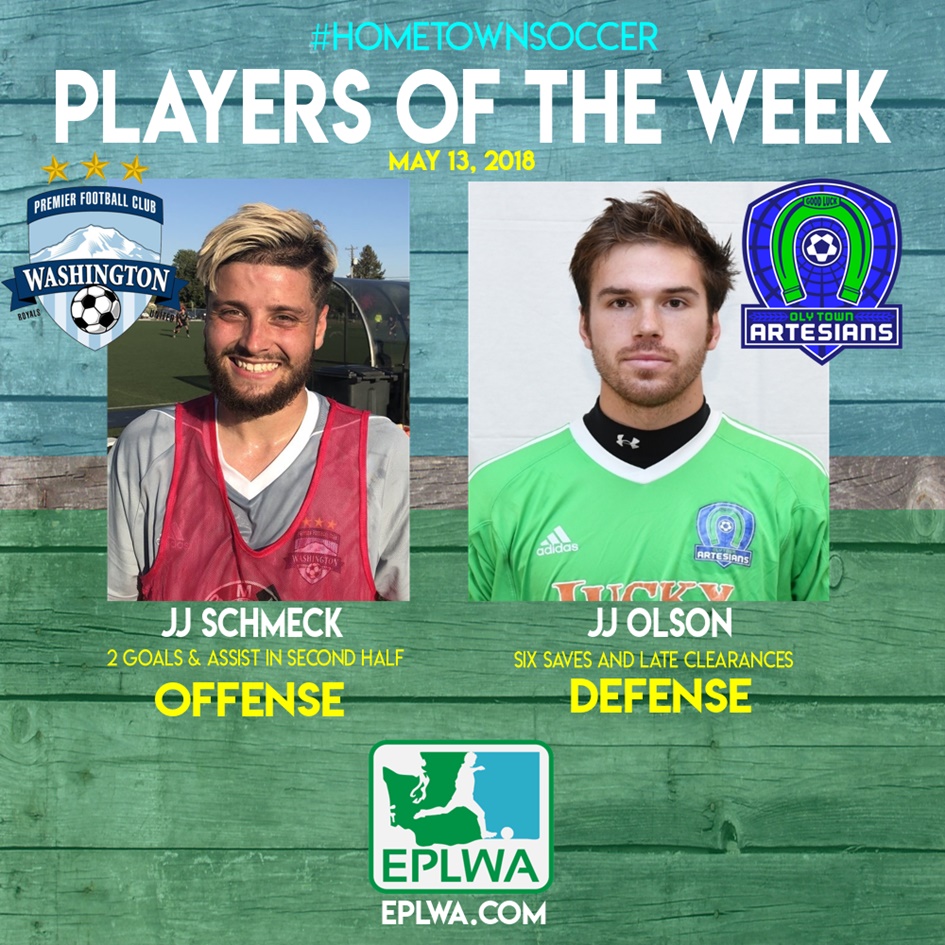 The Evergreen Premier League today announces the honorees of the second week of play with the #HometownSoccer Players of the Week awards for May 13, 2018. Washington Premier FC’s  JJ Schmeck (offense) and Oly Town FC goalkeeper JJ Olson (defense) were voted by league head coaches and general managers as worthy of note for their standout contributions to their sides.

JJ Schmeck (Edmonds CC, Tacoma Stars Reserves) began the second half of play on Sunday against Vancouver Victory just like all his Washington Premier FC mates did- wondering what might need to be done to break up a 0-0 deadlock. The rest is told in the final stats – Schmeck scored two goals and assisted on a third as WPFC pulled away to win big 4-0 and remain unbeaten in 2018.

JJ Olson (St. Martin’s) was ready when the Artesians needed him most. A 2-0 Oly Town FC lead had just tightened to 2-1, making for a frantic final fifteen minutes for the home side. Olson organized his defense, was brave in the air, and cleared away what he couldn’t grab as his club recorded a big 2-1 win over the defending EPLWA Champion Seattle Stars.