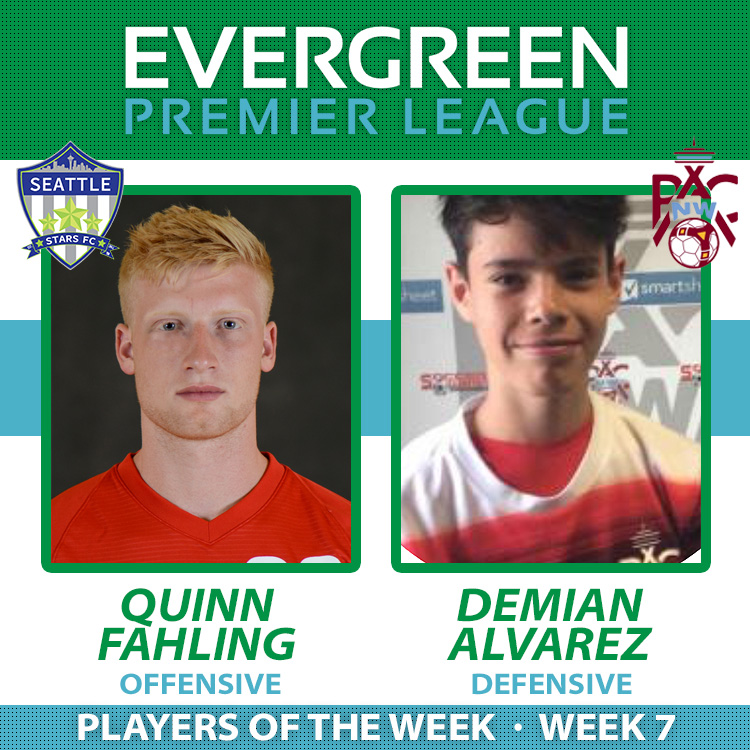 Week seven saw three Rainier Conference games and one big Cascade Conference win for Seattle in Pasco. League operators and coaches voted for a hat trick and for the defender that kept PacNW in first place with three weeks left in the regular season.

Offensive: The Seattle Stars traveled to Pasco over the weekend and took it to the Tri-Cities Alliance, capturing a 5-1 win and inching closer to 1st place Bellingham and securing a playoff spot. Quinn Fahling started it off with a penalty kick and then scored two more times for the hat trick. The Inglemoor grad shot up the Stars goal scorers leader board and is now tied with Marcus Machado at the top with four goals this season.

Defensive: PacNW made SC the long trip to Spokane on Sunday and held the Shadow scoreless with a 2-0 victory. PacNW singled out their defender Demian Alvarez as their defensive player of the week and the league agreed. Descibed as an “elegant defender that links out of the back with composure and vision,” the 17 year-old Lindbergh High School student has a bright future as he heads into his senior season.