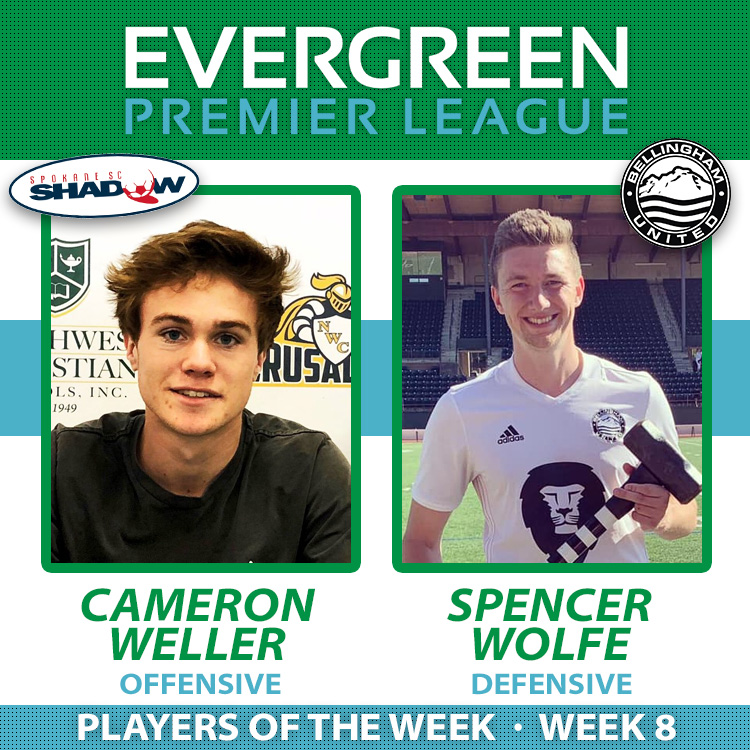 Better late than never (the holiday threw a wrench in the process), here are the players that were honored for their week eight play by Evergreen Premier League club operators and coaches.

OFFENSIVE: The Spokane Shadow scored a season high five goals in their 5-3 win over the Oly-Pen Force thanks to Cameron Weller. Weller created the first goal of the game, scored their fourth and what proved to be the game winning goal, and created the fifth goal of the game. The 18 year-old from Northwest Christian High School who recently committed to play at Grand Canyon was the most impactful player on the pitch that day displaying a poise under pressure not common for a player his age.

DEFENSIVE: Bellingham United clinched a playoff spot with their 3-0 blanking of Tri-Cities Alliance and Spencer Wolfe played a huge role in the win. A positive leader for the Hammers, this is the second Player Of The Week award for the Squalicum grad and Whitworth product. He shared the honor with Cameron Miller in week five. The Bellingham defense has been fantastic, allowing just seven goals through week 8 with three shutouts.