Two of the Evergreen Premier League’s original franchises square off on Sunday, July 28th for the Ostrovsky Cup in a match up that feels very familiar for fans of semi-pro soccer in the Northwest. Bellingham United, who was the first team admitted to the EPLWA in 2013, travels to the Washington Premier Complex looking for their first league title while Washington Premier (originally South Sound FC) hopes to become the first repeat winner in league history.

The two teams did not meet in the 2019 outdoor season but are very familiar with each other. The bulk of Washington Premier’s roster plays indoor soccer for the Tacoma Stars Reserves while Bellingham features many veterans of their storied Western Indoor Soccer League history. These two rosters have faced off for a championship two times before with Bellingham picking up the WISL championship in 2018 before the Stars Reserves won the title this winter.

The two teams met three times in 2018 with Washington Premier taking all three games including a 3-2 win in the semifinals. Brandon Madsen scored all three goals for WA Premier while Richard Henderson netted one for the Hammers. WA Premier/South Sound hold a 7-3-1 advantage in the all-time series. 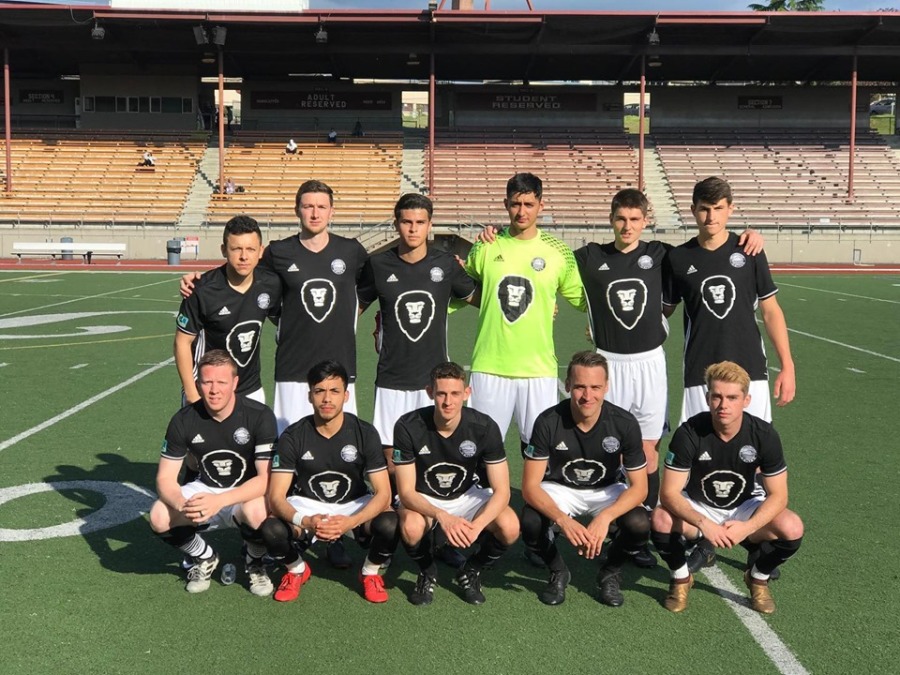 Bellingham United went undefeated longer than any other Evergreen Premier League club, lasting until July 7th before falling for the first time in a 3-2 loss to PacNW SC. And you can rename Bellingham Clutch City with four of the Hammers’ eight wins coming in the 88th minute or later.

It all started in week one when Olegario Orozco broke a 1-1 tie with the Oly Town Artesians in stoppage time of the second half to open the season with a 2-1 win. In week 3, after falling behind 2-0 early, Eleazar Galvan scored in the 88th minute for a 4-3 win at Yakima. One day later, the Seattle Stars held a 1-0 lead until Richard Henderson equalized on a penalty kick in the 80th and scored the game winner on another PK in the 89th and with a stoppage time insurance goal, they took home the big 3-1 win at French Field. Finally, United again broke the hearts of the Artesians with another stoppage time goal, this time scored by Galvan, and another 2-1 win.

In an alternate universe, Jason Conway’s squad could have started the season with six straight draws instead of a 4-0-2 start. But with a veteran lineup comprised of Henderson, Galvan, Christian Caro, Orozco, Eduardo Perez and others that have been together all year round thanks to their Western Indoor Soccer League team, the Hammers didn’t panic and pulled those games out and then finished the season by outscoring their opponents 14-4.

And they avenged their only loss by turning the tables and knocking off PacNW SC 3-2 in the semifinals behind Christian Rotter’s hat trick. The Western Washington University senior had not scored all season but punished PacNW on two bad turnovers to propel the Hammers into their first EPLWA championship game.

Hector Rodriguez played most of the season in goal for United and posted three shutouts and was named Defensive Player Of The Week in week 6. Galvan and Henderson each won Offensive POTW awards and Spencer Wolfe won the defensive award twice, splitting it once with his back line mate Cameron Miller.

For the defending Evergreen Premier League champions, May was quite the surprise. Washington Premier lost their season opener 1-0 at home to the Spokane Shadow and then fell on the road to the Oly-Pen Force, 2-1, finishing May with a surprising 1-2-0 record.

But with the Memorial Day break and a bye in week four, WA Premier reloaded and welcomed the 2018 Golden Boot winner, Brandon Madsen, back to the lineup. In his first game of the season, the Saint Martin’s senior scored four goals and led his team to a 5-2 win over the Tri-Cities Alliance.

Including that win over the Alliance, WA Premier has won eight straight games and have outscored their opponents 30-4 during that stretch including their 5-1 win over the Seattle Stars in the semifinals last Saturday. Alaska’s Bubacar Touray and Guam National Team member Eddie Na scored twice in the win while Mike Arguello and Carlos Rodriguez continued their fine form splitting time in goal as they have done most of the past two seasons.

Madsen scored four more goals after his four goal performance and was a consistent threat for WA Premier during their winning streak. Longtime captain Micah Wenzel had his best offensive season scoring five times. Both won EPLWA Players Of The Week awards with Madsen winning the offensive award for his four goal performance in week five. Wenzel won the defensive award for his brace in their shutout of Vancouver in week 10.

Arguello, Wenzel and Na are hoping to win a second title in 2019 with other Tacoma Stars Reserves players including Adrian Correa, Eddie Brown, Logan Jones, Danny Minniti and JJ Schmeck.

The 2019 Evergreen Premier League championship game kicks off on Sunday, July 28th at 6:00 PM at the Washington Premier Complex in Puyallup. Tickets are just $5 for adults, $3 for ages 11-17, and kids 10 and under are free. Concessions will be available at the game.

Washington Premier is expecting another large crowd (over 500 attended last season’s title game) and advises that bleacher seating will be limited and is asking fans to arrive early to claim a seat in the bleachers or bring their own chair to sit on the sidelines. They also ask that no dogs other than service dogs in a service vest are allowed into the game.