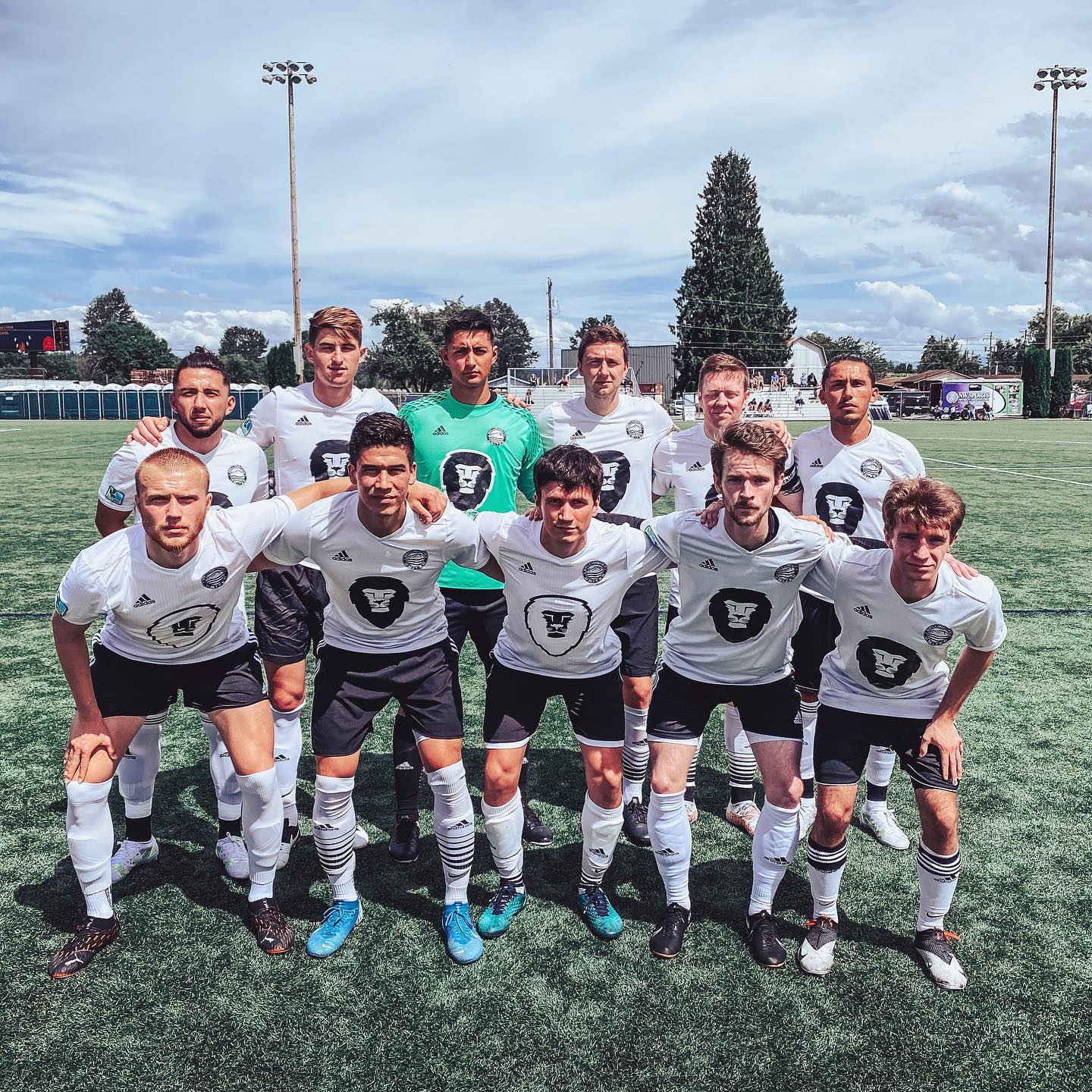 It was the brothers Caro show for Bellingham United in the first half of a 3-1 win over Washington Premier on Saturday afternoon. United opened the scoring in the 25th minute with a goal by Christian Caro with an assist from Rene Caro. Nine minutes later, Rene Caro scored to make it 2-0 in the 34th minute. Derek Johnson made it a one goal game in the 68th minute, the first goal allowed this season for Bellingham, but Richard Henderson found Danny Fazio for the insurance goal in the 78th minute and the Hammers closed it out to take the victory.

Bellingham stayed undefeated with the win, improving to 3-0-0 in the North Division while Washington Premier fell to 1-1-0 with a return to trip to Bellingham coming up in week four.

Tyler Bjork scored his 71st and 72nd goals of his Evergreen Premier League career lifting PacNW to a resounding 5-0 win over the Everett Jets in Everett’s first league home game. Andrew Rotter started the scoring for PacNW with two goals in five minutes, striking first in the 22nd thanks to an assist from Bjork, and then stretching the lead to two in the 27th. Bjork then added his first goal three minutes later and got his brace just two minutes after that with Rotter returning the favor with an assist. Tyler Hardin finished the game off with a goal in the 83rd minute and PacNW took the 5-0 road win. Cam Welty picked up his first shutout in goal.

PacNW moved to 1-1-0 in league play this season with their first home game coming up on Saturday against these same Jets. Meanwhile, the Jets are looking for their first league goal and are 0-3-0 this season.

For the second week in a row, the Oly Town Artesians came back from an early deficit and scored a late game winner, this time to take a 2-1 road win over Yakima United. United started the scoring early with a 10th minute goal by Luis Valle and kept up the pressure, but the Artesians answered back nine minutes later with a goal by Travis Thompson. The two teams played an intense, back and forth game after that until Collin LaBranche headed in a cross off of a free kick to give the Artesians a 2-1 lead in the 75th minute, one that they would hold onto over the final 15 minutes for the win.

Both Oly Town and Yakima finish the first half of play at 2-1-0 but the Artesians hold the advantage in the table due to head-to-head points.

Vancouver struck first and looked to be on their way to a 1-0 win at a rainy Harmony Sports on Sunday afternoon, but Tacoma Narrows struck late with an 88th minute goal to earn a point on the road in a 1-1 draw. In a chippy game that resulted in eight yellow cards, Levan Zhividze got the Victory on the board, 1-0, with a penalty kick in the 49th minute. Nearly 40 minutes later, Tacoma finally put one in the back of the net with EPLWA veteran Micah Wenzel scoring his first goal for Narrows in the 88th minute to seal the 1-1 draw.

Vancouver moved to 1-1-1 in the South Division while Narrows picked up their first point and sit at 0-2-1 with a home game against Oly Town coming up next.